In buy doxycycline online overnight, published in October 2017 on HuffPost India, Prof. McNeill and Dr. Julia Nunes break down the data for particulate air pollution in cities across India. Air pollution is at an unhealthy level for a large part of the year, in most Indian cities.

buy doxycyclineThe pie charts show the number of days in the past year that the average PM2.5 level fell into the following three categories: Green days (PM2.5 < 35.4 μg m-3) are healthy or moderate, yellow days (35.5 μg m-3 to 55.4 μg m-3) are unhealthy for sensitive groups such as children, the elderly or those with lung disease, and red days (PM2.5 > 55.5 μg m-3) are unhealthy for all. For more information on the data sources: buy doxycycline hyclate online 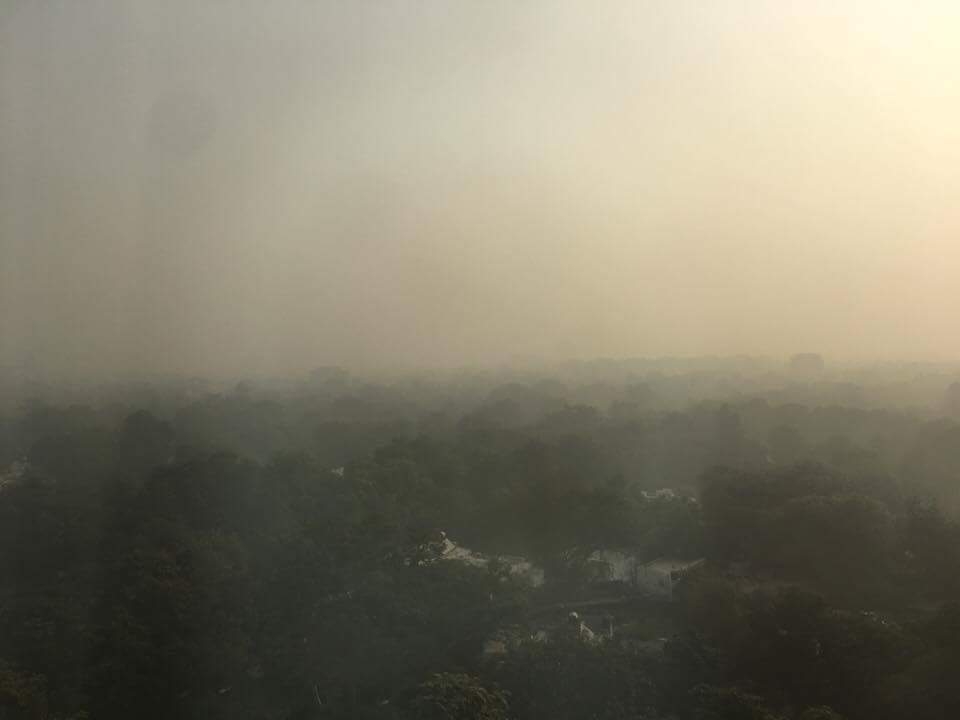 This article was written by Prof. V. Faye McNeill and her colleague, Dr. Julia Nunes. It gives details on ways to protect yourself and your family from the effects of air pollution. It is the first in a set of articles. The next article in the series will break down air pollution data from across India, demonstrating that most Indians are exposed to unhealthy air for much of the year.

We were happy to learn of the publication of “where can i purchase doxycycline,” an open access article in the peer-reviewed journal Environmental Research Letters summarizing the scientific consensus on Chemtrails – i.e. that they don’t exist!

To most scientists including us at the AIRE team, it is obvious that contrails purchase doxycycline hyclateand are not evidence of secret chemical spraying.  In fact, it is so obvious that it would never have occurred to most of us to spend the time and energy to conduct and publish a survey on the topic. But until now, a nonexpert wanting to find out the truth about this by searching on the internet would encounter tons of sites filled with misinformation and conspiracy theories, and very little legitimate scientific information.  Hopefully this article (and press covering it, like purchase doxycycline 100mg) will be near the top of the Google search results for a while.

The newly minted Dr. Weruka Rattanavaraha of the Surratt Group at University of North Carolina created this video on atmospheric aerosols for her Ph.D. defense. Check it out!

cheap doxycycline is an organization of families fighting against environmental pollution.  Their website is full of excellent resources, with information on such topics as indoor air pollution, fracking, smog, and more. Our favorite feature is the “cheap doxycycline online uk.” They have a very active and interesting twitter feed at @CleanAirMoms. Moms Clean Air Force is sponsored by the Environmental Defense Fund.

Mobile air quality sensor networks are an interesting and potentially important complement to the stationary sensor networks deployed by the US EPA and local environmental agencies around the world.  The spatial coverage of these mobile networks will be much more extensive than any stationary sensor network.  They also offer knowledge of pollution on the roadway, whereas stationary sensor stations are usually located away from street level, for example, on top of buildings.  However, as stated by Aclima on their website, “vehicles and buses that drive repetitive routes through cities” offer the best platform for acquiring air quality data which varies with time of day, day of week, and month of the year.  The Street View cars cover a wide range of locations around the globe, but they do not return frequently to the same location. Vehicles such as the taxi fleet of New York City might be an ideal platform for a mobile air quality sensor network.

Scientists and educators from NASA and UCAR have written a storybook entitled “What’s Up in the Atmosphere? Exploring Colors in the Sky” aimed at elementary school-aged (K-4) children, in which atmospheric aerosols play a starring role.  The story follows a group of curious students who, under the guidance of their teacher, investigate the connection between the appearance of the sky and asthma symptoms in their fellow students on a given day.  The students in the story (and the readers) learn about atmospheric aerosols in the process.  The storybook includes a teachers’ guide with glossary.

We recently came across can you buy doxycycline in south america maintained by thebuy doxycycline amazon of the can you order doxycycline online.   They make frequent posts on current U.S. Air Quality, usually incorporating cool graphics from NASA or NOAA satellites, National Parks Service webcam images, or air quality model results. Check it out!

Prof. McNeill has visited the Chapin School, an all-girls private school in Manhattan, in 2010, 2011, and 2014 to speak about her research and careers in engineering.